The leader behind Broad Street Ministry, Rooster Soup Co. and more talks about his calling with the United Way.

Bill Golderer, the visionary behind some of Philadelphia’s most impactful organizations, from Broad Street Ministry to Rooster Soup Co., is now at the helm of the United Way of Greater Philadelphia and Southern New Jersey. Golderer says his job is all about people — helping to create interventions that lift everyone up. But looming heavily and unapologetically above the pastor’s new role is Philly’s “particularly pernicious poverty problem,” as Golderer calls it. Alleviating burdens for the the region’s most marginalized is no easy feat and Golderer says there’s little time to be overwhelmed. He tells us why he’s been thinking a lot about the difference between temptations and callings.

I grew up on… the mean streets of Wayne, PA. [Laughs] They’re not super mean.

A lesson from childhood that’s still with me is… people have long memories.

I first knew I wanted to become a pastor when… I was working in very intense frontline politics in the 1990s. In those arenas, I came across people who were very influential in their communities. They were religious leaders of every imaginable flavor, if you will — African American, Baptist, Roman Catholic, Main Line Protestant.

Their authority and capital came not from wealth, fame or power, but from doing the right thing in their community over decades. I started thinking to myself, maybe that’s what social change really looks like: people believing you have integrity and that you’re willing to pay the price to do the right thing.

My first job was… being the founder of something called the Interfaith Alliance, which is still around today. It was an organization set up to confront religious extremism that was having a distorting impact on our electoral process. There were people from every imaginable faith working to have religion function as a healing and constructive force rather than a dismissive and hateful one.

Since I’ve been at United Way… Philadelphia still has the highest poverty rate of any large city. Many people know that but don’t know that we are 41st in median and mean philanthropic giving, 43rd in volunteerism, and 48th in voter participation in the top 50 cities. So big, big problems are facing children born in poverty and adults who might never escape poverty.

I feel like people feel so overwhelmed by the scale of the problem that they don’t know how to invest themselves and care. I feel like United Way’s job is to bring evidence-based investable solutions to turn these trends around. While the city is enjoying a renaissance in so many ways, the job of United Way is to consider how that prosperity and renaissance can extend to every Philadelphian.

My job is all about… people. That’s what I do — trying to really meaningfully engage all the folks who United Way touches. First and foremost, those are the community people that are experiencing this pain. We are also in 500 companies throughout the region, and I believe that the private sector has a huge role to play in leading us in the direction of a more prosperous future for all of us. We have a seat at the table in philanthropy and philanthropy can, and will, be doing more to help us out of this situation we’re in. And we can have opportunity to partner meaningfully with government on policy solutions.

Intergenerational poverty is… hard to articulate. I think sometimes we lose sight of the fact that poverty is what’s called a “wicked” problem — there’s not one cause and there’s not one solution. When you ask people who are in the throes of poverty, “What’s the biggest threat or barrier to you overcoming it? Is it elevated interest levels? Differentiated health outcomes based on your zip code? Is it educational attainment? Is it a pathway to meaningful employment with a life-sustaining wage? Is it an ability to overcome a traumatizing incident that would potentially threaten you to move out of your home and become homeless?” The answer is yes to all of those things.

I am completely convinced that the United Way’s approach has real potential to move the agenda forward because we have a narrow and specific focus, but it’s also a holistic approach to all aspects of the things that are holding people back and that are keeping people down.

A misconception about poverty is… that we are as close as we’ve ever been to full employment. For example, there are folks who say, “There are jobs. I walk by employment signs all the time!” What I have found to be true is that people who are in poverty are some of the hardest working people you’ll ever meet. Their work ethic would put most of us to shame. And what is being carried in most cases is an elderly relative and children whose childcare is unpredictable. You have a lot of vulnerabilities for things to go wrong and there’s not a lot of stability that helps us stay on a path to living wages.

My favorite place to visit in Philly is… Rooster Soup! 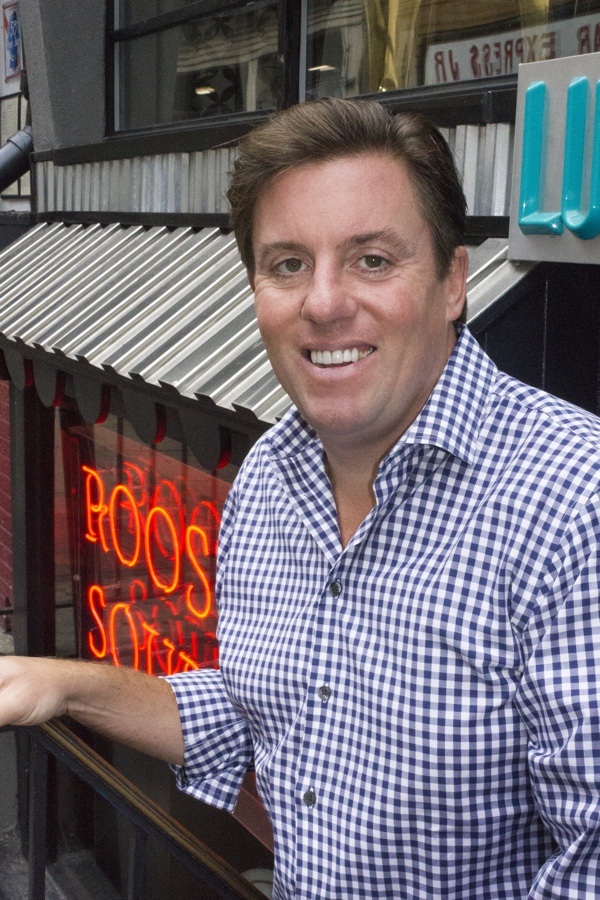 The best way to describe Broad Street Ministry to someone who’s never been is… it’s a place that has a catchphrase that’s more than a catchphrase: radical hospitality practiced here. Each one of those words is important. Hospitality in our culture right now has been commodified, and it’s something that you pay for. So if I go to a restaurant, I’m treated like an expected guest. When I leave, I pay for that experience. Radical hospitality is hospitality that is extended with no expectation of anything in return. That is something that requires practice. That’s a place where partners at Goldman Sachs, and healthcare providers, and people experiencing unfathomable pain are all welcomed and cherished for who they are and what they can bring.

A personal goal of mine is… to leave Philadelphia better than I found it.

The last book I read was… How Changes Happens: Why Social Movements Succeed While Others Don’t.

When I feel lost… it’s not because I feel lost but because I feel a sense of frenzy. I am an oblate in the Benedictine monastic order, which means that I am a lay monk. So I spend an inordinate amount of time in silence. That means silence away from social media feeds and headlines. I feel like being grounded where you are is a discipline.

On average I spend… one week a year in total silence. I try for at least an hour every day and one weekend every quarter.

My thoughts on local politics now are… there is a bit of an awakening that is happening among younger people. My hope is that they can sustain themselves through the noise. Politics is a contact sport. You have to work hard to sustain your idealism.

I’d run again… when I grow up. Not soon. I’m a never say never guy.

The best thing on the menu at Rooster Soup Co. is… compassion.

A recipe I’ve perfected at home is…allowing people to know you. Anybody who has ever eaten in my house knows that you have to come ready to tell stories.

My favorite sermon to preach… is about learning to forgive yourself, to forgive others, to seek forgiveness from others. It’s a life or death proposition, spiritually speaking. 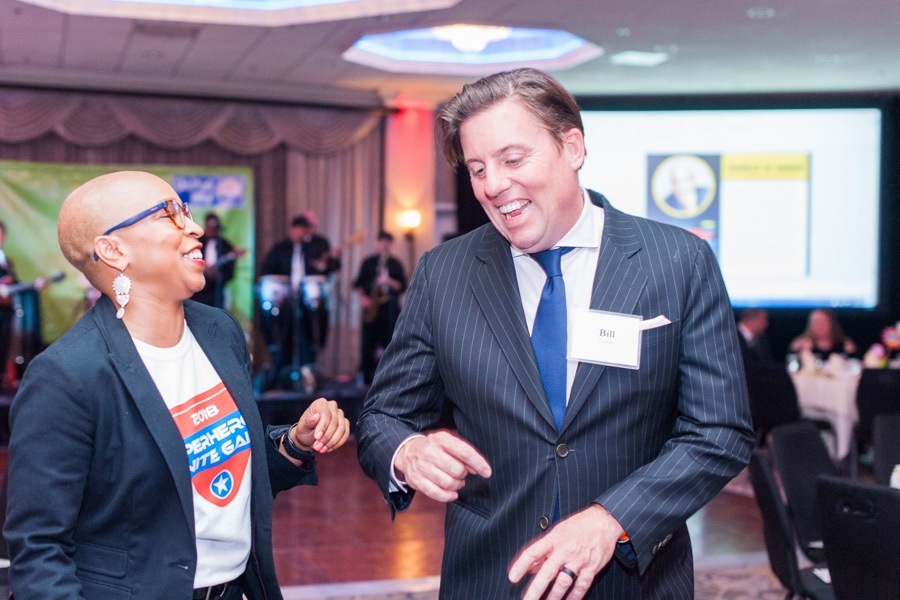 A scripture that has a lot of meaning for me now is… near the end of Psalm 138, which is not well known. Everyone knows Psalm 137 and 139. The scripture brings forward the idea that we have a lot to be thankful for, namely that we have a purpose to fulfill, and that adversity will not keep us from fulfilling that purpose.

The last time I cried was… honestly, like two hours before talking to you. I found out that the wife of a board member of this organization had passed. I loved her, and it’s not hard, when something like that happens, to imagine that we all only have a limited number of breaths to draw while we’re here, so you better get to it — whatever it is that you’re trying to do.

A mantra I live by is… when all was said and done, a lot was said, but not enough was done.

A tough decision I made recently was… trying to understand the difference between a temptation and a calling. When I think, “this pays more,” “this is a change of scenery,” “this may be easier, less noise, less static, less struggle” — those all add up to temptations. A calling is something you can do with joy, but you know is going to be difficult.

In the next ten years, poverty in Philly will… be reduced by ten percentage points. It will go from 26 to 16. The city will change for everyone. People who are prosperous will prosper more, and people who are desperate will be lifted. And then, I can retire.